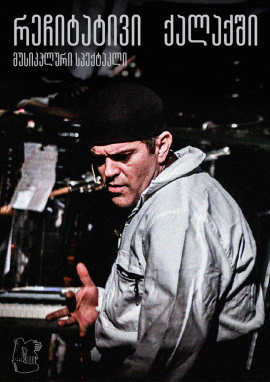 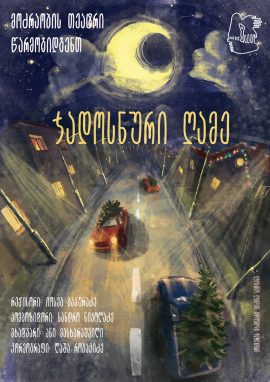 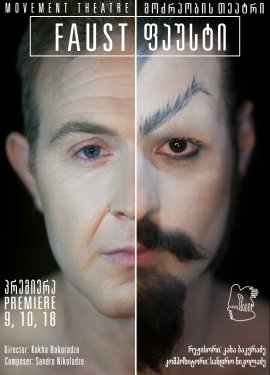 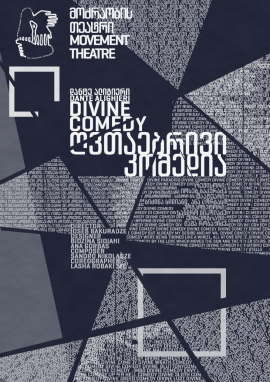 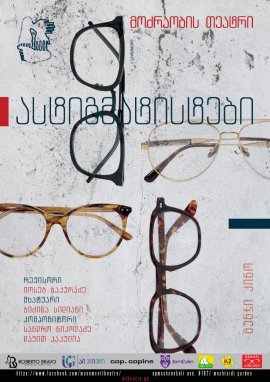 Astigmatists see the world differently, but even they are different from eachother. Unsatisfyed grandfather is trying to defend family traditions. Father gets unusable gifts on his anniversary. 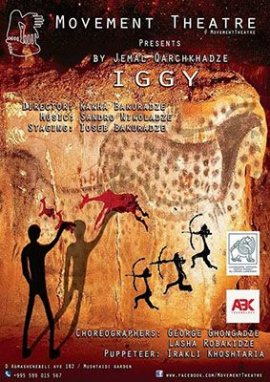 “Igi” is the stage version of one of the remarkable stories written by Jemal Karchkhadze, the 20th-century Georgian publicist and writer, which tells the story of human evolution, from prehistoric times to the formation of personality and the fight with the environment and society since then. 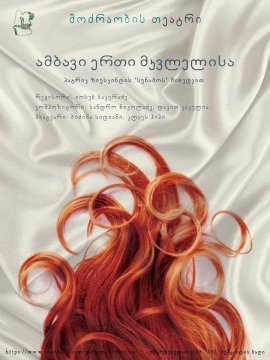 The Story of a Murderer
The story of a murderer-several murders by Jean-Batist Grenui in the name of making perfect parfume. (story based on Patrick Zuiskind ”Parfumer”). 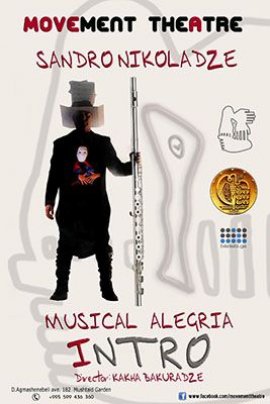 "Intro" is the masterful combination of dramatic circus and modern theatre. The music show, which represents the visions of Sandro Nikoladze, the composer, comes to life on the stage. 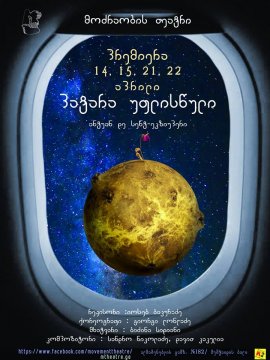 The Little Prince
The little prince (story by Saint-Exupery)

from the first pages, strange heroes appear in the room. the room that turns into the whole galaxy becomes the place of adventures for the young student. The little prince, an immortal story by Saint-Exupery, seen by a young boy. 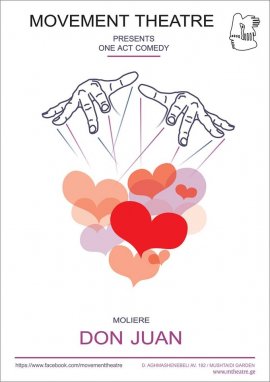 Young Don Juan walking from house to house to his lovers with his servant-Sganarel. Suddenly on the square they meet Commodore’s statue. Comic story about why does Don Juan left the city and for whom he came back.
12